What do Google’s Jamboard and Microsoft’s Surface Hub have in common? Well, they’re both digital whiteboards packed with conferencing and collaboration tools. They’re also both expensive — the Jamboard starts at $6,000 and the Surface Hub goes for $9,000. And they’re both part of a burgeoning industry that will post well over a billion dollars in sales this year.

Given the market’s growth potential, it’s no surprise that incumbents and startups alike are angling for a slice of the action, and the most common approach so far has been to undercut the competition. The Smart Kapp iQ, a 55-inch digital whiteboard, retails for a comparatively palatable $4,000. Dell’s 70-inch Interactive Conference Room Monitor starts at $5,000. But not all of the competition is homogeneous. Enter GoTouch, a product of Seoul, South Korea-based startup Anyractive that uses infrared light to turn laptops, monitors, televisions and more into digital whiteboards.

Setup is straightforward enough, and mostly automatic. The 2.2-ounce GoTouch, which consists of an articulated sensor and a silicon stylus, pairs with a smartphone, tablet, Windows computer, or Mac via Bluetooth. Once charged (it lasts about 4 hours), calibrated, and pointed in the direction of any target surface up to 80 inches in diameter, an embedded 4K HD CMOS measures 100 times a second for infrared blips emitted from the stylus’s nib. It interprets the signals as inputs, and reflects those inputs onscreen: almost like magic, a TV or computer screen becomes a virtual drawing pad.

It’s a little more complicated than what meets the eye. Anyractive spent two years developing a solution that permitted it to filter interference from unwanted sources of infrared light such as lightbulbs, and it had to overcome infrared light’s other problems, namely wavering signals. The solution came in the form of a polarization filter that only catches the infrared filter from the GoTouch Pen, and an algorithm that produces smooth lines and transforms the thickness of the line according to the speed of the pen.

In a demo at the Manhattan offices of Digital Trends, a GoTouch engineer demonstrated the device on a conference room TV. The GoTouch paired with an iPhone, which connected to the TV via HDMI. (The GoTouch supports VGA connections, too, and wireless technologies including Miracast, Google Cast, and Apple TV display mirroring.) And, short of nearly imperceptible lag, it worked just as well as a self-contained electronic whiteboard. The presenter scribbled on the digital canvas and switched between a pen, pencil, brush, highlighter, and other drawing tools.

More: When your phone is too small for big ideas, you need a smart whiteboard

One of the coolest features presented in the Anyractive demo was the GoTouch’s cross-platform, over-the-air capabilities. Meeting participants needn’t be present to contribute to a brainstorming session, as one of the engineers showed. As long as they’ve got the GoTouch’s companion smartphone app installed, they can be invited to view and/or contribute by the session administrator — a feature that worked flawlessly even on a shaky cellular connection.

GoTouch can do more than just facilitate doodling sessions, of course. It handles reference graphics in a number of formats, including PDF files, pictures, web pages, word documents, pictures, and videos. Any annotations and additions made during presentations are saved for posterity, and can be exported and shared via email, a messaging app, iOS’s AirDrop feature, or AndroidBeam.

And if you use the GoTouch with a Windows computer, it effectively transforms the stylus into a pointer, taking full advantage of Windows 10’s built-in stylus support. You can make sketches with Windows Ink, scribble quick Sticky Notes, and sketch artwork on a digital canvas. Windows’s Screen Sketch tool lets you annotate whatever’s on display. And you can jot notes from your lock screen.

More: Google’s Jamboard is a connected, collaborative whiteboard for enterprise

The GoTouch completed a successful Kickstarter campaign earlier this year, and has successfully undergone testing in South Korean schools, corporations, and small businesses. “GoTouch provides immediate visual feedback, giving people a new tool to express their ideas, visualize conversations, and get input from their audience,” Edward Lim, CEO of Anyractive, said in a press release. “It’s also lightweight, low-cost, and delivers an intuitive user experience, making it the ultimate collaboration tool for groups of any size, across any industry, working on any project. The possibilities for how to use GoTouch are endless.” 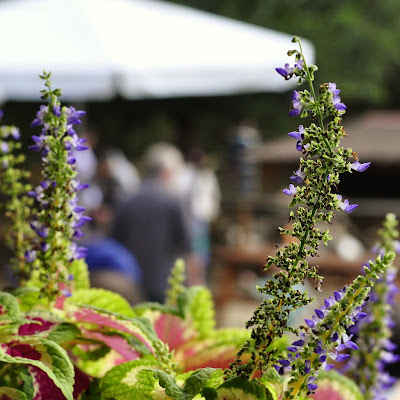